About
Mr. Barsuglia has been at Mater Dei since 2003 where he has served in a variety of roles. First and foremost, he is an English Teacher. He has previously served as Chair of the English Department, Director of Film & Media Arts, Director of Campus Events, Summer School Assistant Principal, Club Moderator, Coach of the Surf Team, as well as having been a Self-Study Coordinator for WASC. Additionally, he has been heavily involved with the development of curriculum in both the English and Film & Media Arts Departments.

What I Love About MD
It is a joy to see students become excited about a subject matter and take ownership and pride for the work they accomplish in the classroom.

Other experience: Mr. Barsuglia has worked extensively in education, entertainment, and publishing. Prior to Mater Dei, he taught at Santa Ana Community College, Long Beach City College, and National University. 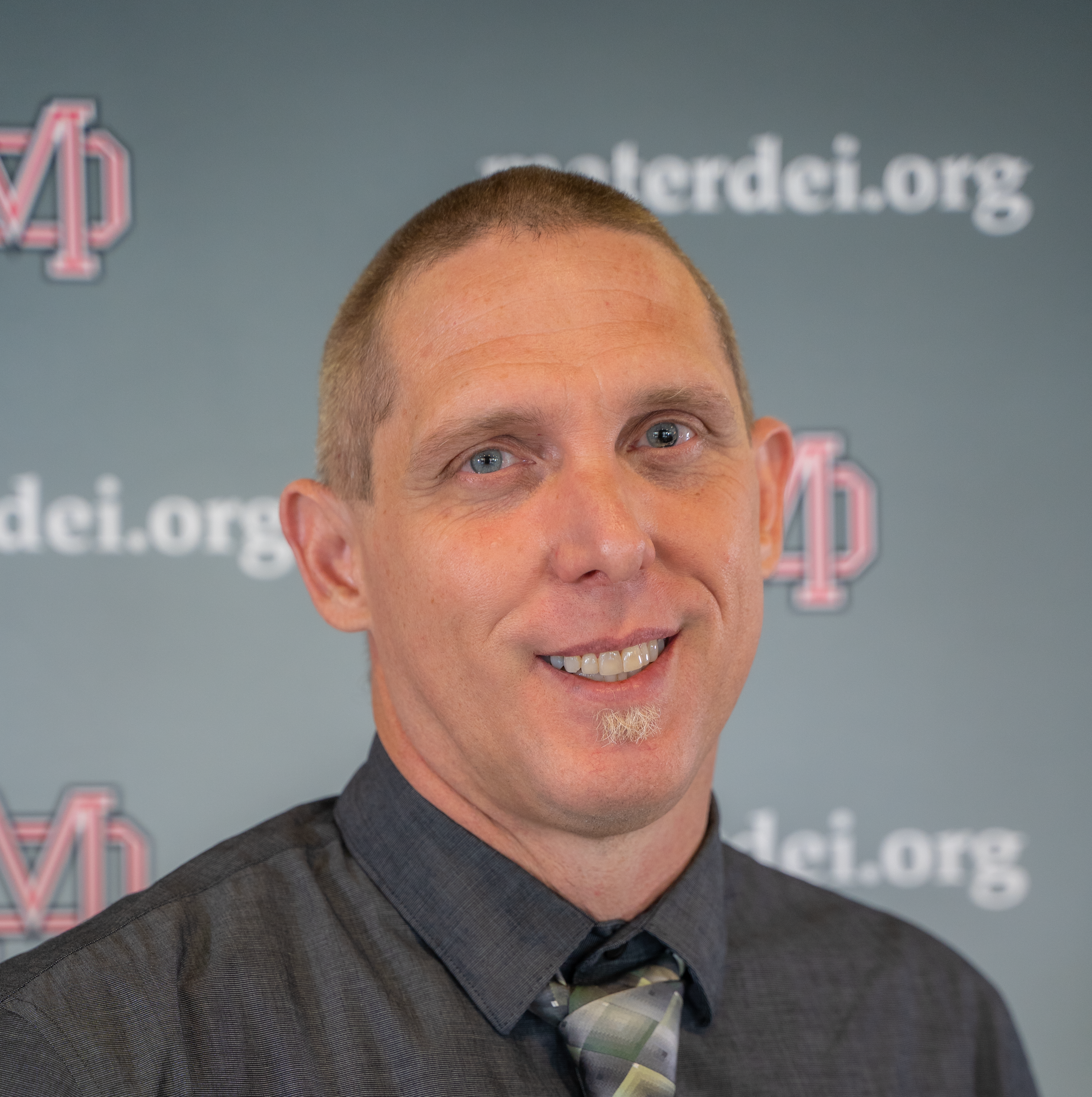