Every morning, Monarch Television broadcasts announcements, campus news and current events. The new Monarch Television student crew produces a a daily show delivering school-wide announcements. The Monarch Television Morning Show show gives students and faculty a window through which to see aspects of school life that they may not have experienced themselves. These aspects consist of not only daily news and updates, but sporting events, lunchtime activities, special club or group announcements, “Fired up” with Coach Rollinson, Renaissance giveaways, prayer experiences, student awards and commendations, “Meet the Teacher” and “Student Spotlight.”

Monarch Television also provides for the audio and visual communication needs of the high school community at meetings and other events through the Events and Media Services Department.

The Monarch Television courses are crew open to freshmen, sophomores, juniors and seniors.
Courses Offered:
All courses are UC and CSU approved under Subject Area "F" Visual/Performing Arts
Except Scriptwriting which is UC and CSU approved under Subject Area "B" - English
There is also a Monarch Television club open to all students who wish to participate on the show.
INTERESTED IN JOINING MONARCH TELEVISION?
Talk to your counselor or contact Mr. Barsuglia at bbarsuglia@materdei.org 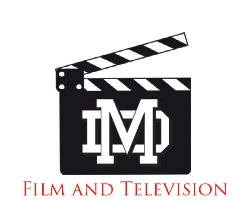