About: Mr. Smith is a graduate of California State University, Long Beach Bob Cole Conservatory of Music earning two degrees in Music and Jazz Performance (Trombone). As an undergraduate at CSULB, Mr. Smith performed with the Concert Jazz Orchestra directed by Jeff Jarvis earning the Downbeat Award for Best Large Jazz Ensemble Graduate College category in 2013/2014. Mr. Smith has traveled across the country performing with the World Champion Concord Blue Devils Drum and Bugle Corps then later teaching the Blue Devils “B” Corps, The Blue Stars Drum and Bugle Corps from LaCrosse Wisconsin, and Pacific Crest Drum and Bugle Corps from Diamond Bar California. He has taught and written drill at several prominent band programs in the Southern California region. In addition to marching and performing in 4 Rose Parades as part of the opening and closing ceremonies with the Riverside City College Marching Tigers, Mr. Smith is an active professional musician, performing alongside some of LA's top recording instrumentalists. He is currently an active member and visual judge for the Southern California School Band and Orchestra.

Mr. Smith is currently the Director of the Mater Dei High School Music Academy. The Music Academy provides musicians from well over 10 different private and public schools the opportunity to participate in music outside of school. Mr. Smith teaches Instrumental Music at several elementary schools in the Diocese of Orange including St. Anne School, St. Joseph School, School of Our Lady, St. Joachim School, and St. John the Baptist. These programs will help feed Mater Dei High School Instrumental Music and is the future of our program at the High School.

Over the past few years, Mr. Smith can be seen performing on over 20 TV shows, TV pilots, such as Glee, Little Big Shots, Parenthood, Teen Wolf, The Middle, and more including feature films like The Amazing Spider-Man (2012), J. Edgar (2011), and Whiplash (2015).”

Mr. Smith is honored to be a part of the great history that Mater Dei High School holds. He wishes to continue and further grow the instrumental culture and experience, providing opportunities for all students to explore and create their musical interests at a new level. 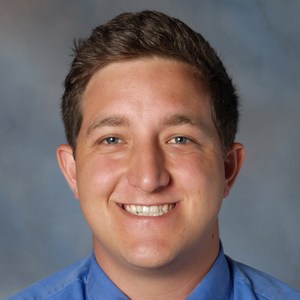